It is full on winter now with the other night reaching -7.3C. Being below -6C the water pipes froze and unfroze about 10:30am. Fortunately I had a supply of water for making coffee and porridge. Being so cold I felt the need to make the lounge room somewhat more windproof. We heat it with an electric/oil heater but when it is windy it is possible to feel a draught either coming from or going into the fireplace. When we first moved in I used an old curtain to block the fireplace. We do have an iron surround for the fireplace that had been left in the room. A shame it doesn’t have a place to fit. It looked like this. 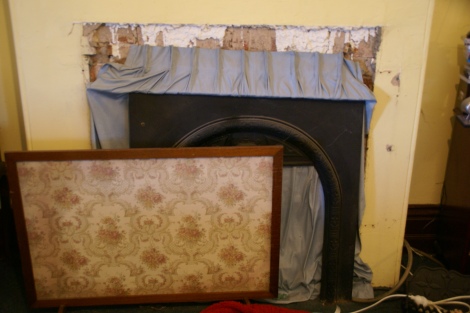 It isn’t very useful but much better than having nothing there.  Remove the iron work and the curtain it looked like this. 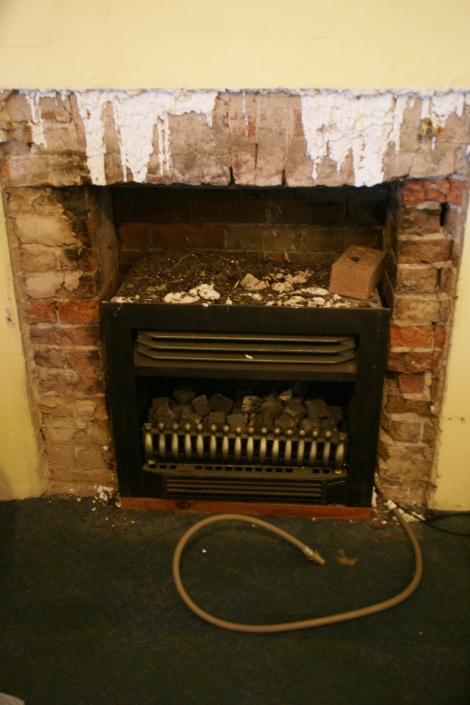 A gas fire. Alas the gas fire isn’t functional. The top was all covered with stuff fallen down the chimney (and a brick for no apparent reason). There is no burner fitting under the light charcoal blocks. The grill in there was also incomplete and partly broken. Also an incandescent globe just lying at the back under the blocks. So I cleaned it up a bit and removed it. It will be sent to the tip as I can’t see how it could ever be repaired.

A mystery to me is the dripping plaster which has landed on the top of the gas heater and its gas pipe. I had originally thought the plaster was original to the house and uncovered when the previous people removed the mantle piece. Now I think it must have been part of some sort of repair or change by the previous people. Weird. 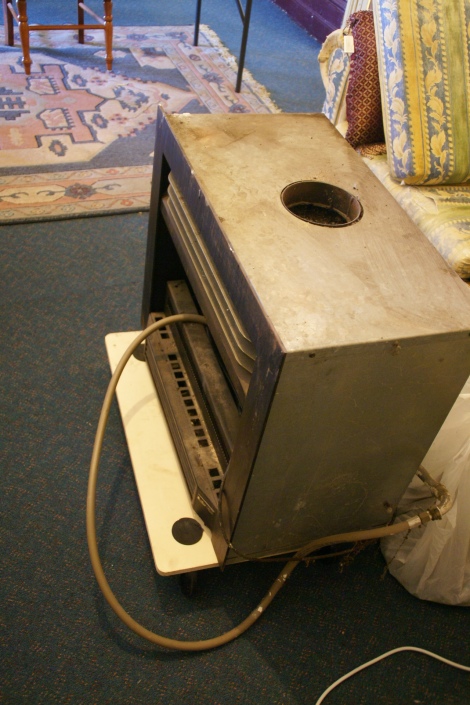 In one corner of the fireplace is a hole broken through the brickwork and into the chimney from the fireplace on the floor below. That will need to be repaired before any fires can be lit in either fireplace.

This is a view up the chimney. The coating that is, apparently, meant to line the bricks is peeling away and will also need repairs prior to any fire lighting. 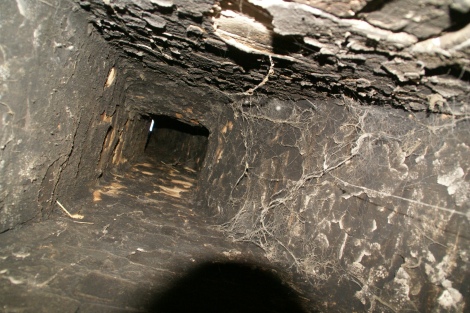 It is possible to see light from the opening of the chimney after passing through the floor above.

I have placed a panel into the main fireplace opening as shown here.

Then to make extra sure I have placed another panel over the entire brick opening. This should keep any air movement to the minimum. I hope.

And with the fire screen back in place. 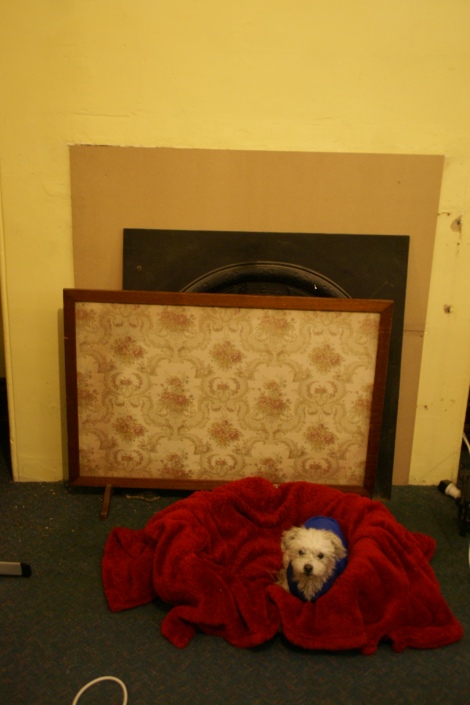 I think it looks more attractive too. Especially with Pepe in his usual spot and wearing his blue coat for the night.